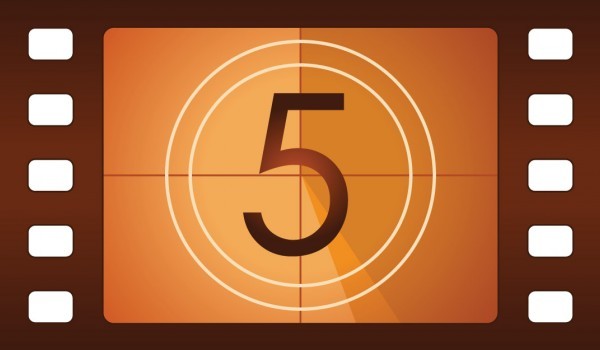 Here are five items of interest I ran across while reading. Topics include civility in political discourse, a Christian sexual ethic, controversy in the church, internet trolls in church clothes, and prayer.

1. Civility Is Not Surrender.

David French at National Review wrote an excellent piece on how we can debate people who oppose our point of view. He said we need humility, conviction, and a sense of proportion. I wanted to highlight what he had to say about humility as we engage in public debate:

The Jesus who blasted the Pharisees is omniscient. He knows the secrets of a man’s heart. The prophets who thundered against injustice had the benefit of hearing directly from God. Me? I’m just a person who “sees through a glass darkly.” I’m keenly aware of my limited knowledge and wisdom. I’m keenly aware that even when I can know the truth, I don’t always know the best way to communicate that truth.

Thus it’s imperative to read the best expression of the opposing side’s point of view. Reading only the worst (as entertaining as that can be) is inherently deceptive. It can wrongly confirm your own self-righteousness and wrongly demonize your opponent. Read the best, and you’ll not only learn, you’ll also find that your fellow citizens — people who also see through a glass darkly — often share many of your core values and seek the public good with equal (or often superior) diligence.

But humility shouldn’t be paralyzing. A person should still advocate for his or her ideas with conviction. Individual liberty and the sanctity of life, for example, are ideas worth fighting for. We can agree and acknowledge that an opponent might be brilliant and well-meaning (sometimes they’re neither, obviously), but they are still wrong. They still must be opposed.

2. Searching for the Pathway Back to a Christian Sexual Ethic

Trevin Wax wrote this excellent article at The Gospel Coalition.

He asks some excellent questions about Christians who have taken the path away from biblical orthodoxy as it pertains to sex and relationships, and how we relate to those who want to turn back.

How will we treat people who thought they were taking a bold step forward into the future of Christianity, only to realize they’d stepped onto a rapidly descending escalator that left them powerless to affirm any kind of Christian morality at all?

Will we provide pathways home for evangelicals who once walked down the path for same-sex marriage but have now mustered up the courageous humility necessary to return to the unchanging witness of the church?

3. Why Controversy Is Sometimes Necessary.

The history of the church also reminds us of the necessity of controversy when the truth of the gospel is at stake. Time and again, we see crucial moments when truth must be defended or denied. The church has to look squarely at what is being taught and decide if the teaching is true to the Scriptures. This usually produces controversy. If the church believed that controversy is to be avoided at all costs, we would have no idea what the gospel is.

To our shame, the church has often been divided over the wrong controversies. Congregations and denominations have divided over issues that are, in the light of God’s Word, indifferent. Furthermore, some churches seem to thrive on controversy, even as some church members and leaders are agents of disunity. This brings shame and reproach on the church, and it distracts the church from its task of preaching the gospel and making disciples.

So, how are we to know if a controversy is right or wrong? The only way to answer this question is to go to Scripture and evaluate the importance of the issues of debate. All questions of truth are important, but not all are equally important.

Greg Morse wrote a piece called “Internet Trolls In Church Clothes: How to ‘Comment’ The Truth in Love” at desiringGod. He asks do we comment like unbelievers?

Now, Christians should not gasp every time the trolls, who pick fights and sow discord online, speak and type maliciously from their miserable hearts. We are not surprised when toads and mosquitoes proceed from swamps. But we should be surprised when rats proceed from the palace of the Spirit of God; when pollution continually proceeds from the river of life coming from the believer’s heart.

Some of us, like Saul before Damascus, have been persecutors of the church of God online. Instead of using our comments to sharpen our brothers and sisters, we sharpen our axes to do away with their heads. Our insults and hasty speech refuse to heed our Master’s earnest call: “This is my commandment, that you love one another as I have loved you” (John 15:12). He who laid his life down for us calls us to model the drama. But too often, we do not lay down our insults — let alone our lives — for our brothers.

I am not speaking against evaluation in general, nor critique specifically. We must watch our doctrine carefully (1 Timothy 4:16); we must speak the truth in love to one another (Ephesians 4:15) — a truth that presumably is hard to hear, thus it should be spoken with love. But the spirit of fault-finding and nitpicking is not the spirit of Christ.

5. There Is Nothing Trite About Prayer.

Tim Challies had an excellent article about the power of prayer.  Here’s a money quote:

Recently, prayer has been maligned as an insignificant, wasteful, or even cruel practice as a response to another person’s pain or trial or difficulty. Some of those who pray have been “prayer shamed” into silence, having been told “I’ll pray for you” is a trite, ridiculous, meaningless promise. But it should not be.

As Christians, we believe in the power of prayer. We believe there is nothing trite about prayer. To the contrary, we pray before we act, we pray while we act, and we pray after we act. We make prayer instrumental, not supplemental to all we are and all we do. We make prayer a matter of first priority rather than an afterthought. We have unshakable confidence in its power and effectiveness.

Why? Because for Christians prayer is not merely speaking words into a void. It is not wishing upon a star. It is not summoning positive thoughts to a cold and indifferent universe. Prayer is a child making a request of his loving Father; it is a son claiming his generous birthright; it is a saved one obeying his kind Savior. Prayer is speaking to the Father because of the love of the Son under the mediation of the Spirit. Prayer is taking hold of the promises of God and repeating those promises to the one who made them. How could this be anything but powerful and effective and meaningful?